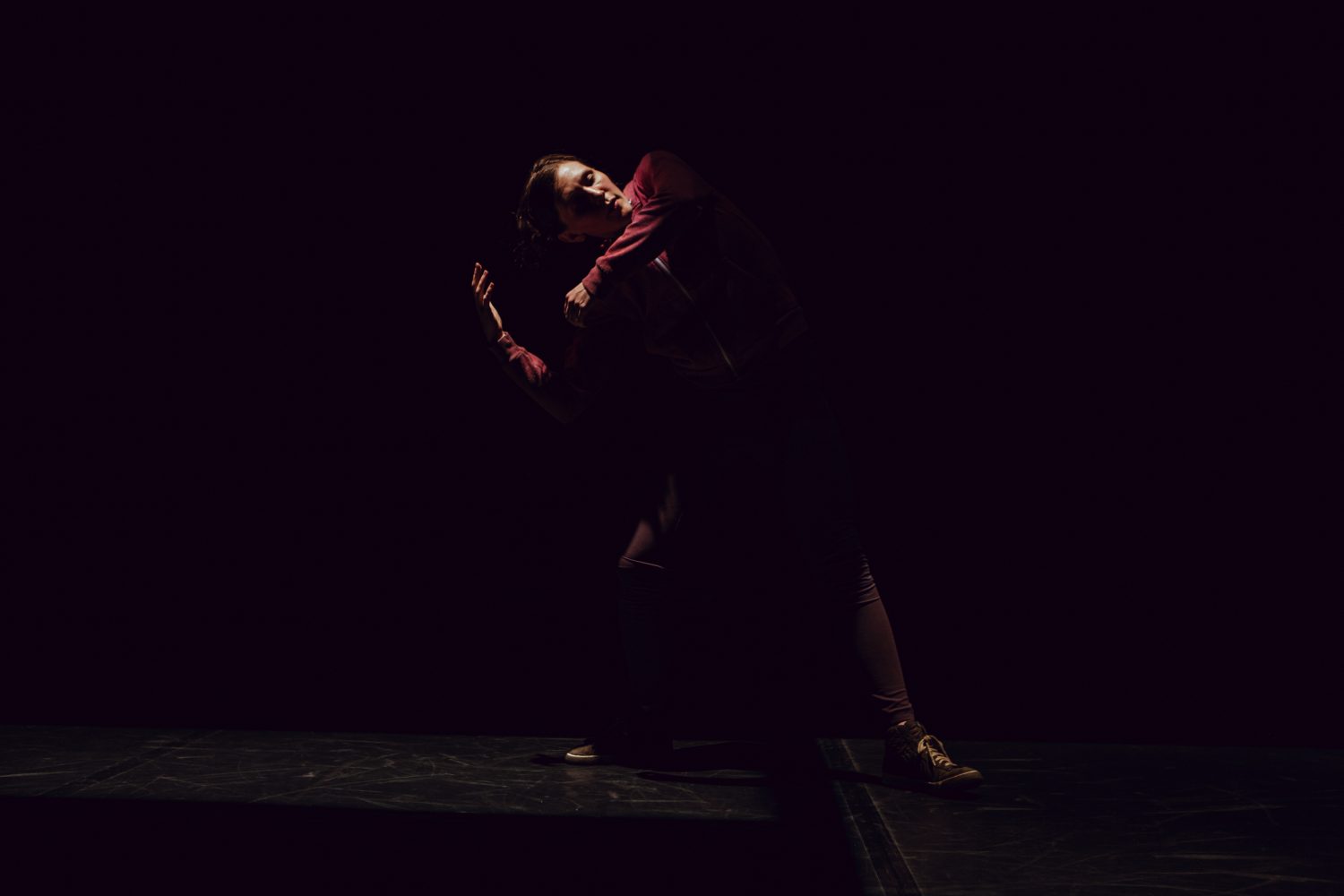 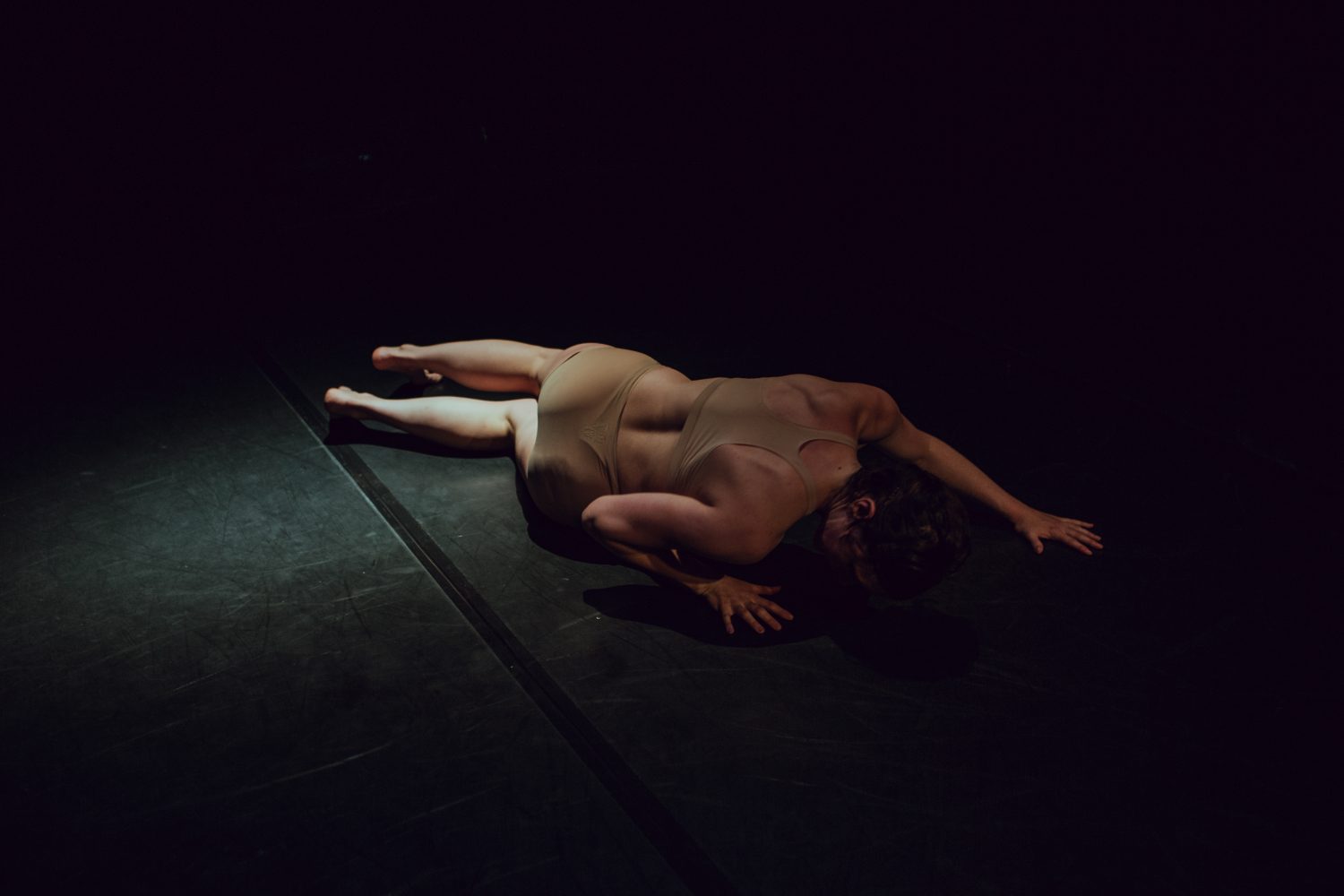 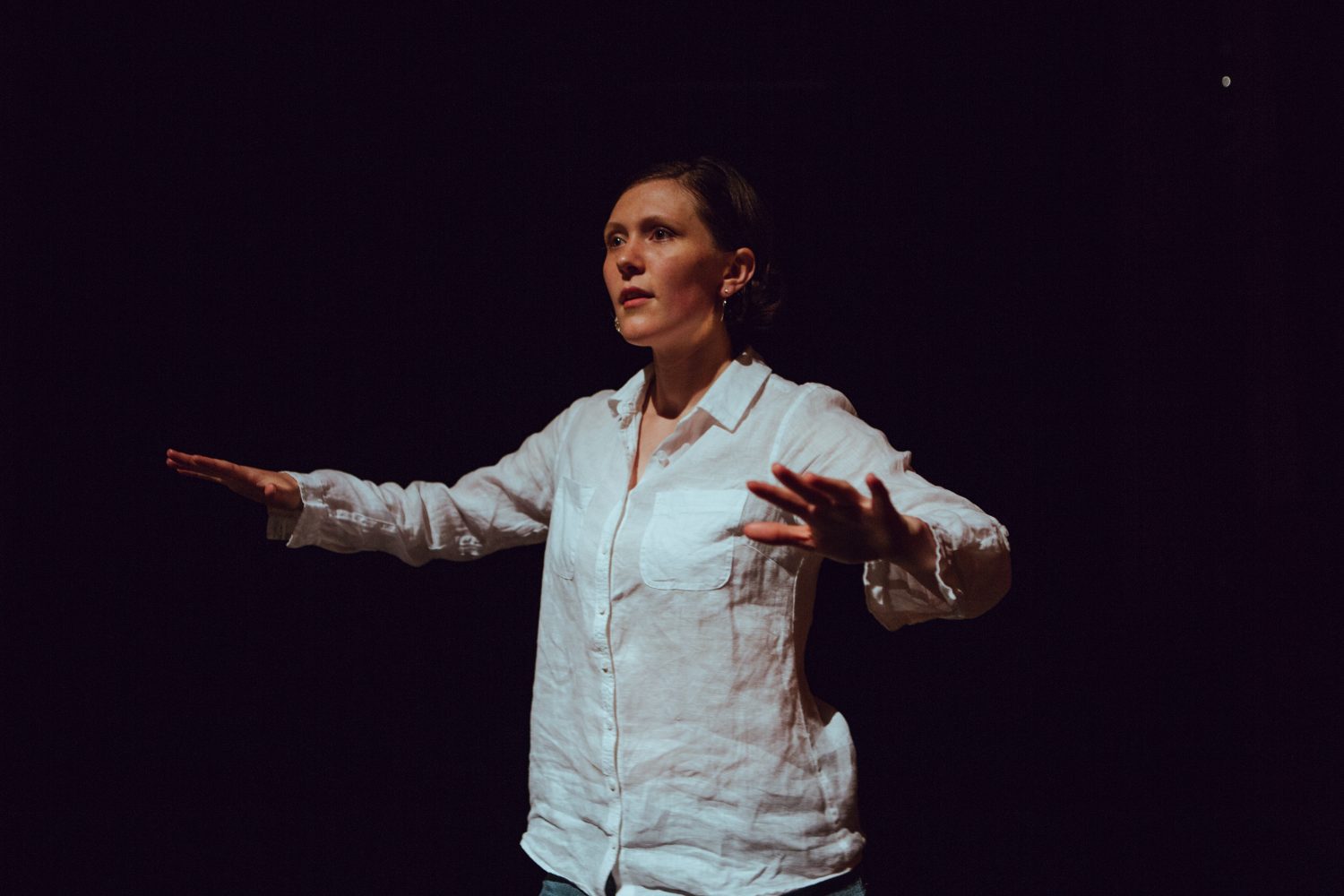 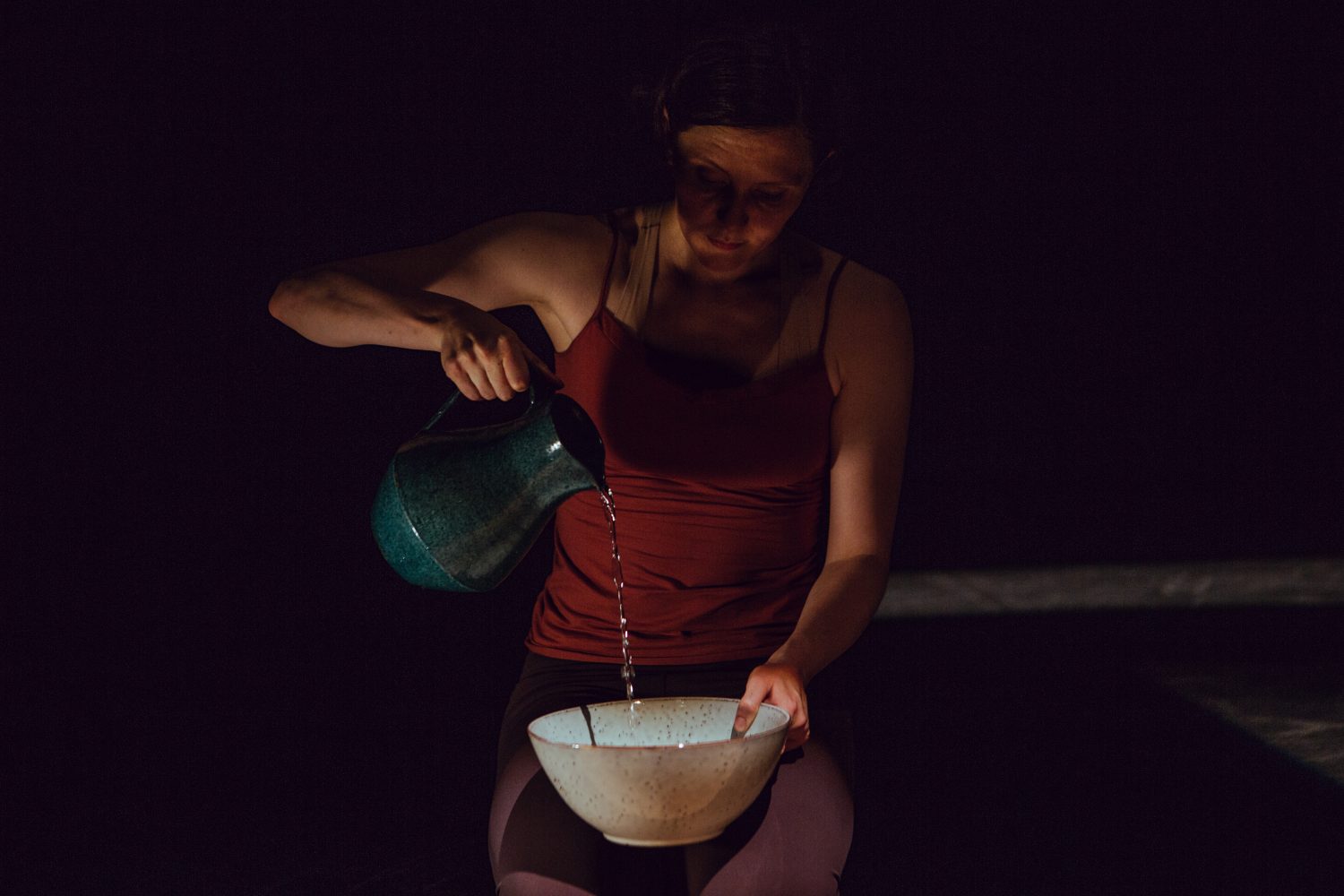 In her solo work, choreographer and dancer Rosalind Masson explores questions about the formation of self. If our selves are partly composed of a myriad of experiential imprints, what is the context that creates and/or determines those imprints? Using the body as a site of conflict between outer and inner space, she explores the no-man’s lands between print and imprint, vessel and void, form and content, which compose our human lives. She does this in an attempt to give voice to those impressions which tend to be negated, suppressed or exploited in our anthropocentric world and political landscape.