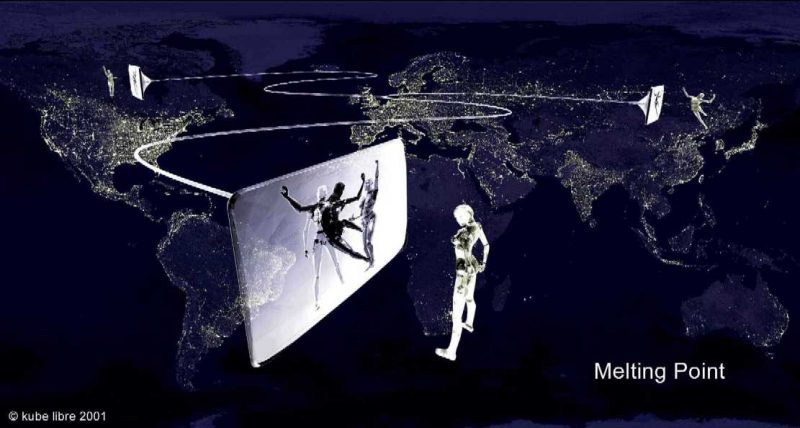 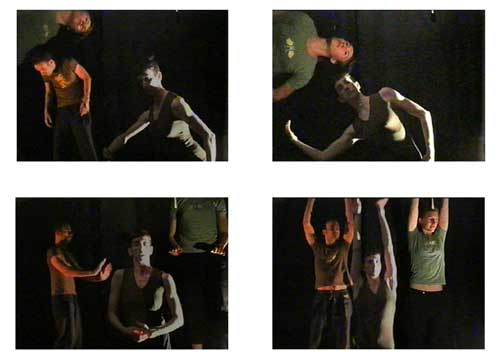 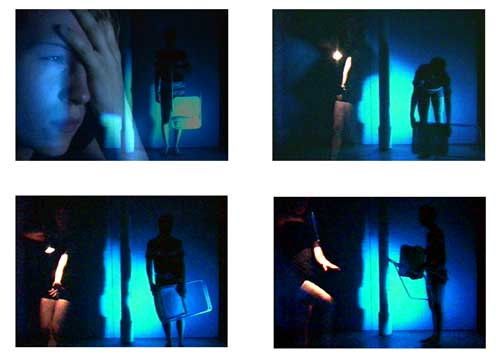 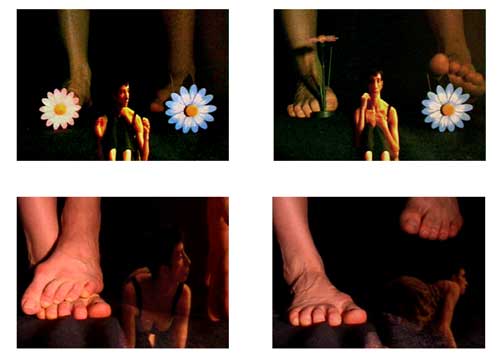 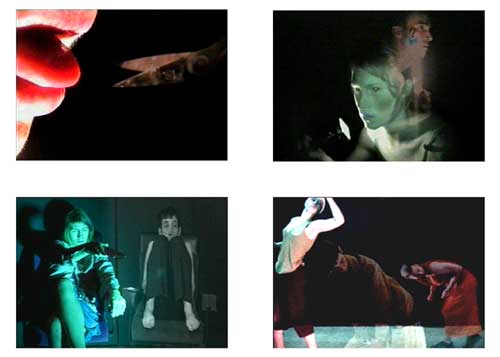 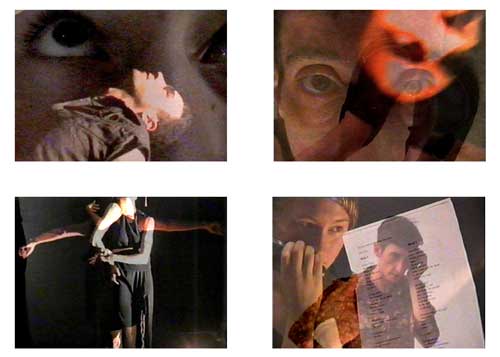 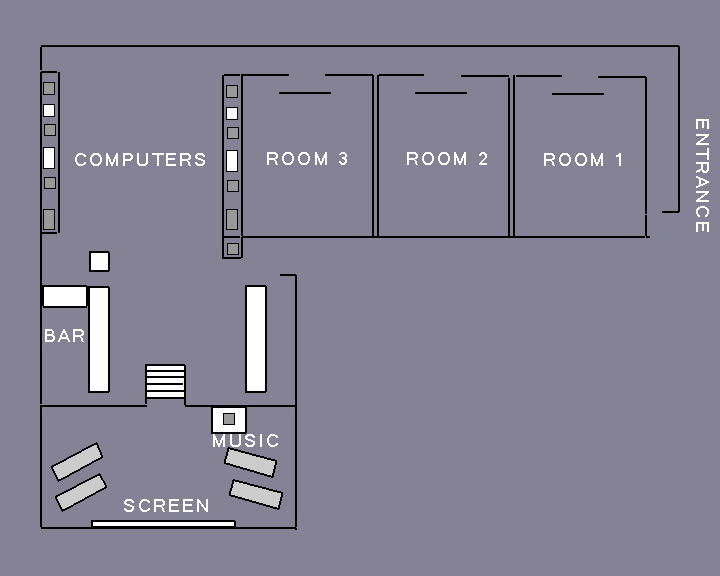 In this performance, real spaces where connected through a virtual space, building an interactive communication surface. Three dancers placed in different rooms meet in real time to communicate with each other via electronical data stream. While the dancers where active in three different physical locations, they defined their own unique space through their decisions, actions and reactions. These choices simultaneously and collectively formed the real-time virtual or “visually compressed” space.

This virtual fourth space was created through the dialogue between the dancers; like the complex interaction in a city, constantly changing by the comings and goings of its citizens. In the same way, this “melted – visual space” was constantly in flux, giving it it’s own, unique quality. The virtual dance -surface became an architecture.

Through the dancers interaction in the “melted” space their individual interpretation became part of a common communication, creating a composite whole in which the three bodies melted together to form a trio. The spectators perception was one of a real-time event; present and yet absent in a spatial configuration without limits.

Stepping Forward in Architecture (2002):
The technological and theoretical disintegration and expansion of space, and the exploration of different forms of space, of which we could scarcely imagine before, can now be worked with and explored through use of the tools available to us today. Facilitating people coming together in simple and playful ways; connecting city spaces by means of experimental fields, making the intersections between human beings and the modern world more dynamic and stimulating, will all be future tasks of the architect.

Video Excerpts are from the performances, edited by: Barbara Weigel

Previous: Rück­wärts
We use cookies on our website to give you the most relevant experience by remembering your preferences and repeat visits. By clicking “Accept All”, you consent to the use of ALL the cookies. However, you may visit "Cookie Settings" to provide a controlled consent.
Cookie SettingsAccept All
Manage consent