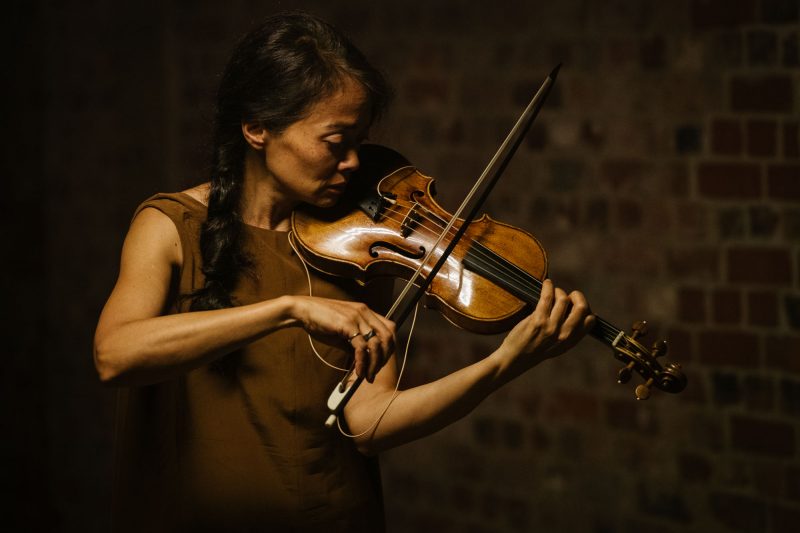 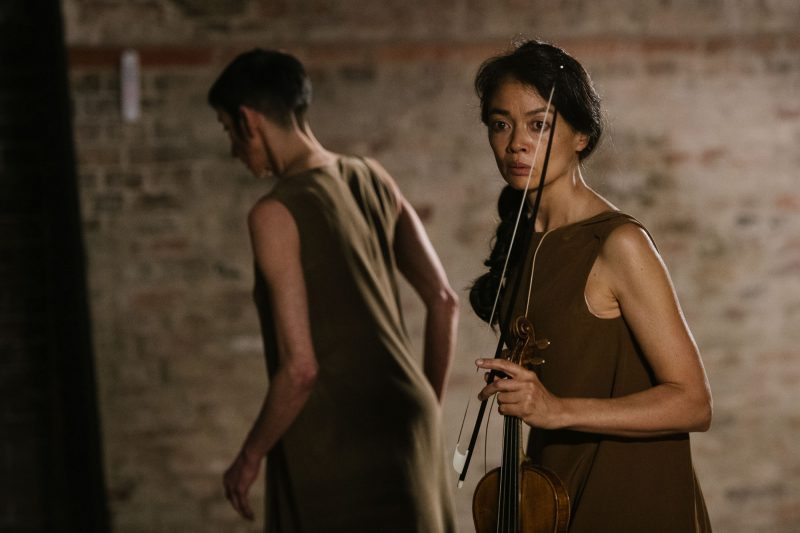 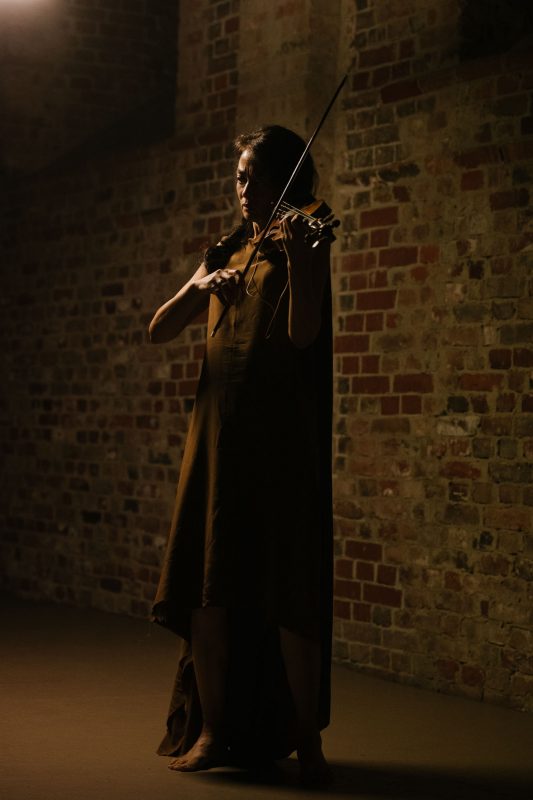 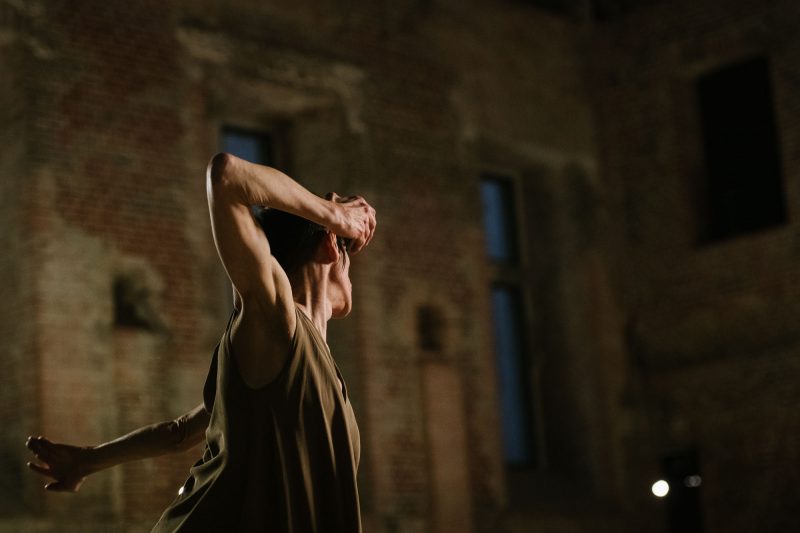 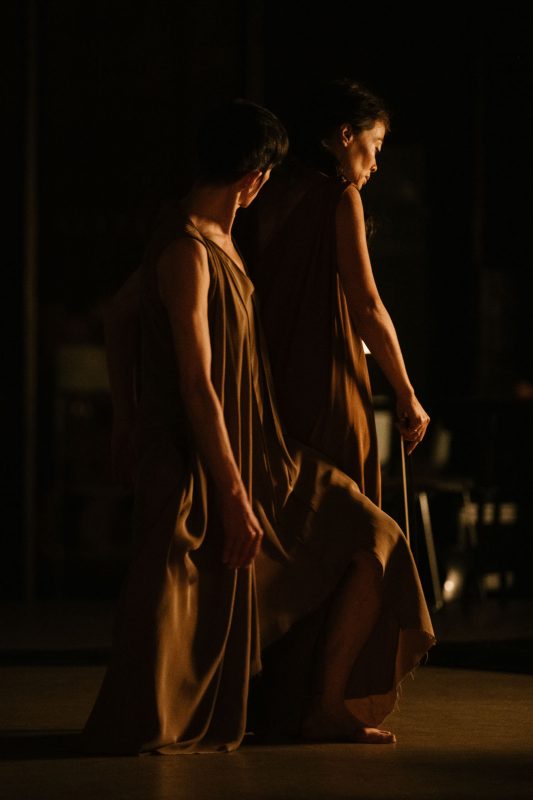 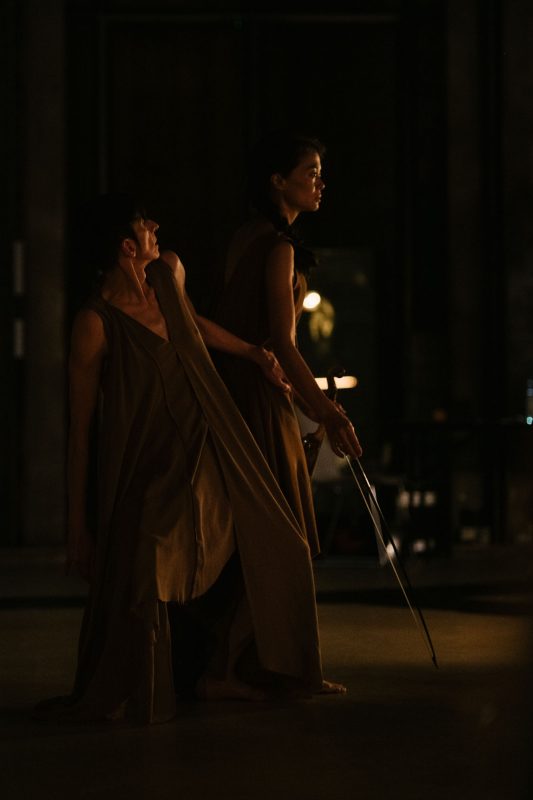 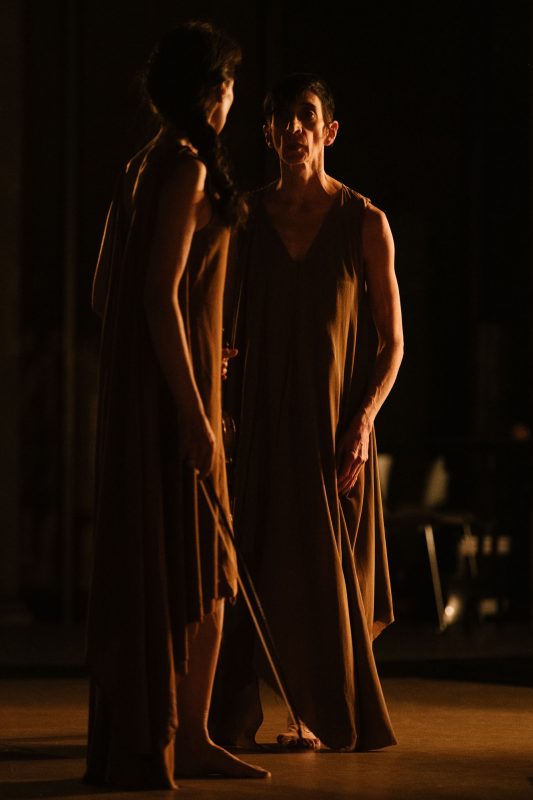 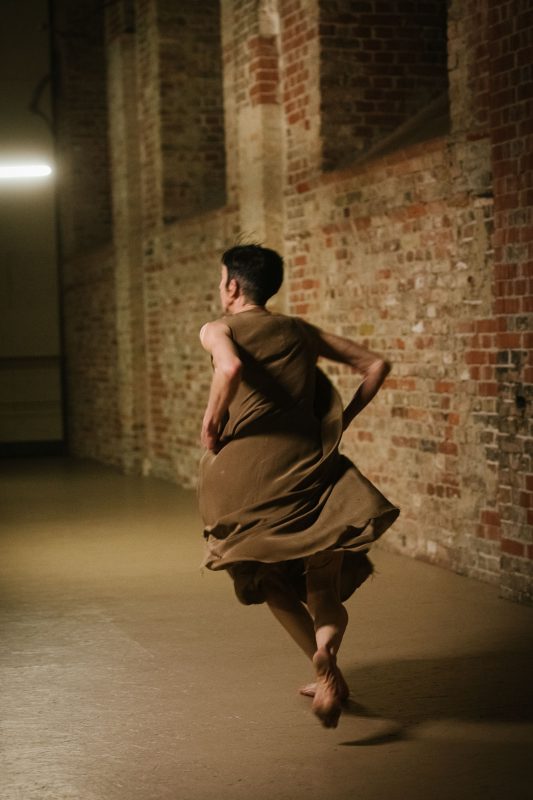 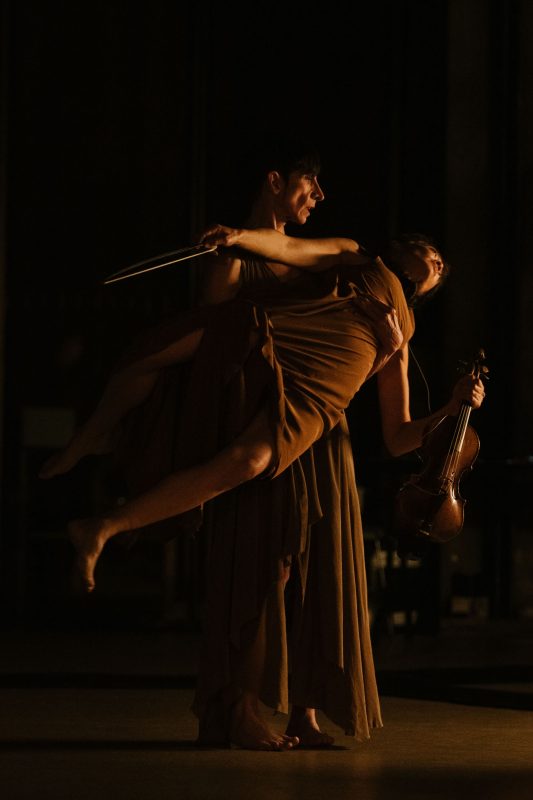 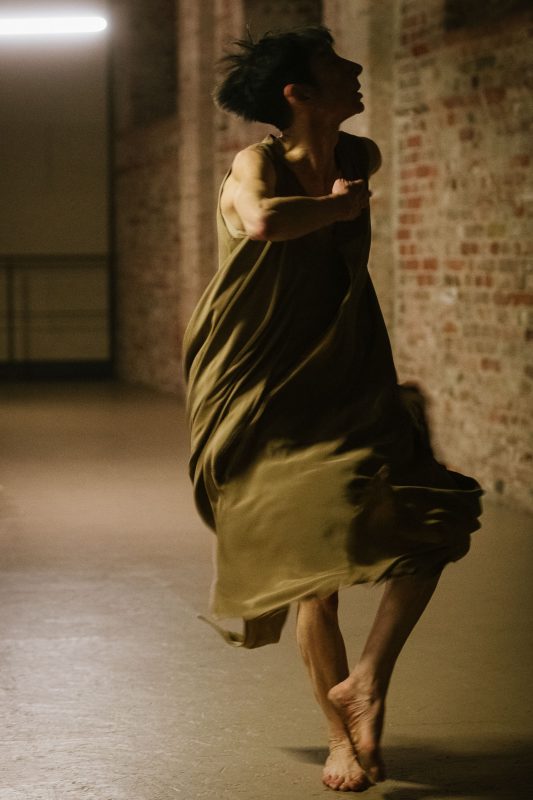 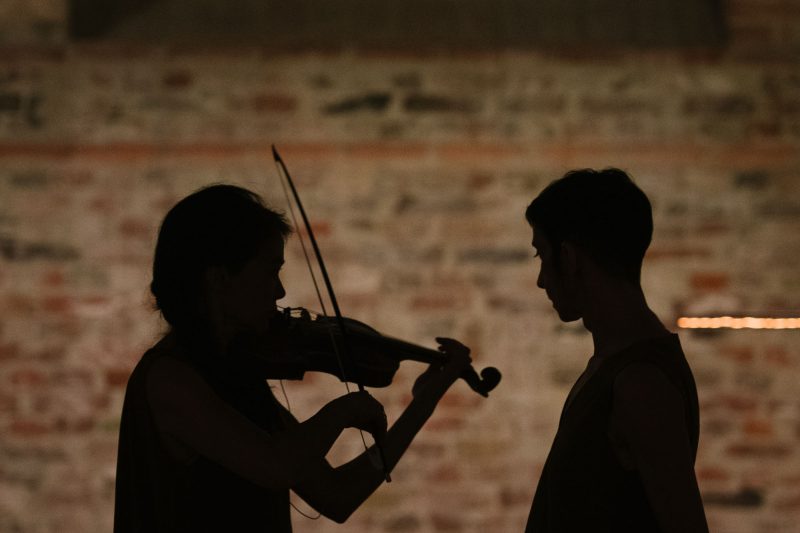 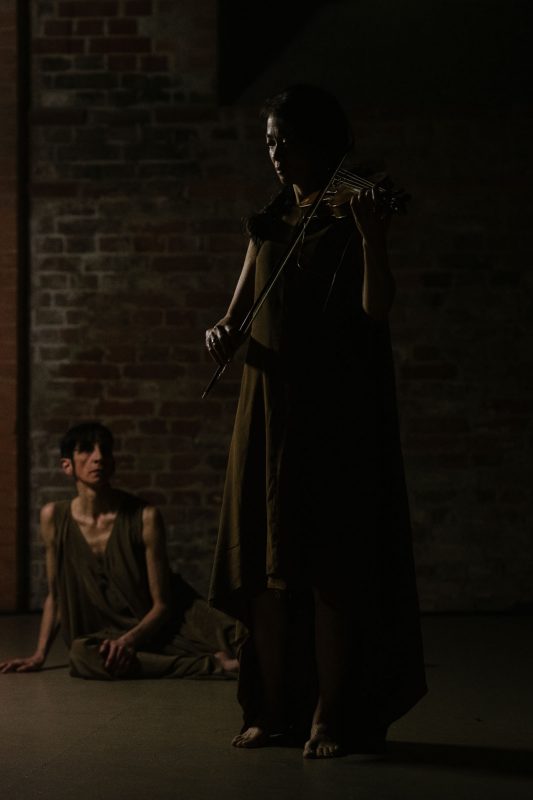 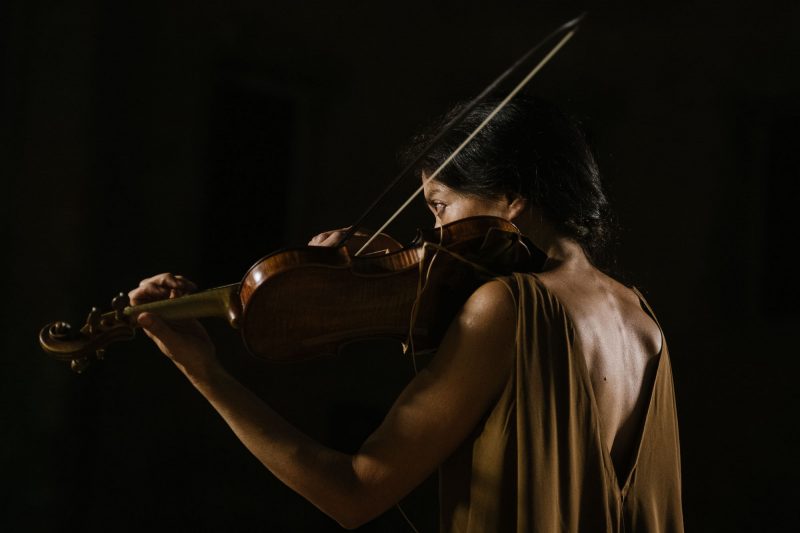 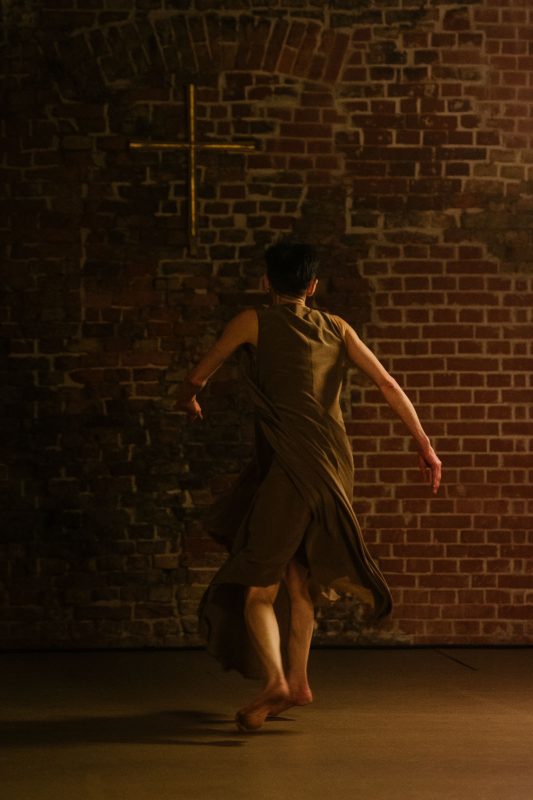 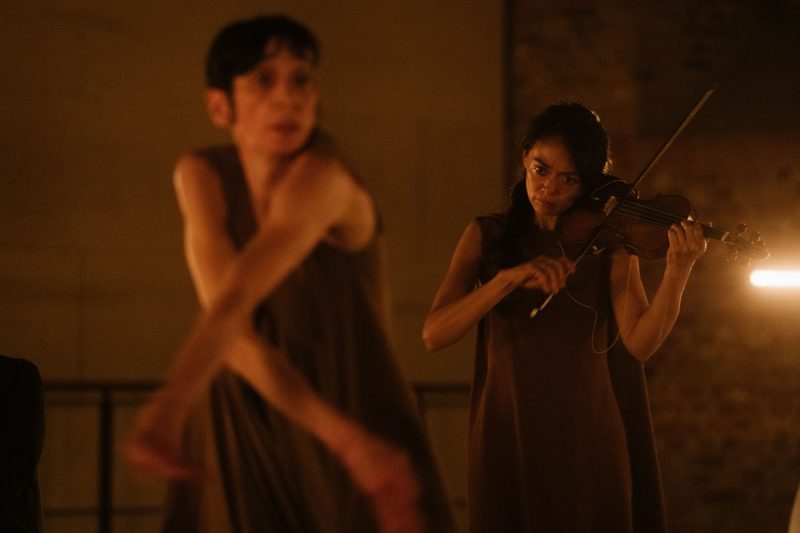 A musical introspection based on Johann Sebastian Bach’s Partitas for Solo Violin.

Inside Partita brings three very different artists together: the baroque violinist Midori Seiler, who is experienced both in performance and choreography, the young composer Fabian Russ, who works exclusively with media sampling and computers, and the experienced dancer and choreograph Renate Graziadei, who, with her ensemble laborgras, has realized expansive, choreographed installations. Brought together and moderated by the dramaturge Folkert Uhde, the three artists have deliberated the possibility of presenting a modern interpretation of Bach’s Partitas for Solo Violin that is a combination of a choreographed concert and an interactive sound installation.

The Bach Partitas, archetypes of musical solo works, are fascinating for being both strictly formalistic and deeply emotional at the same time. For the interpreter, this means having to simultaneously bridge the two extremes, bringing clarity to the extremely technically demanding musical structures while conveying the deepest of emotions. For the listener, this means integrating oneself into the moment of the interpretation while finding one’s own way through these two poles. It’s a task that forces a person to constantly change one’s perspective, shifting between the ‘outward’ observation of the music’s formal structure and the identification/understanding of the musical images being created, which in turn evoke emotional qualities.

The setting of the project also reflects these poles: the stage and the public listening area are one, made up of a circular black dance surface. Eight loudspeakers combined with light installation are set up equidistantly from each other at the circle’s perimeter. The  loudspeakers enable the composer to equally distribute sounds throughout the room or to encircle the listeners. The sounds are either pre-recorded or are created by sampling the sounds coming from the violin, which are taken using a wireless microphone and are then worked into the overall sound design. The live music, the amplified sounds, the manipulated sounds, and the pre-produced compositional sequences all overlap. The composer follows what is happening on stage from a small podium located outside of the circle. Using a joystick, he is free to spontaneously distribute the electronically produced sounds over the eight-channel installation.

During the performance the interaction between the violinist and the dancer is constantly being redefined, creating a truly unique sense of freedom: at times the music is being played in the midst of the public, at time the circle between the listeners and the performers is symmetrically distributed. At one moment the focus is placed on the physical demands placed on the violinist as a dancer, at times the public will be embraced by the inner sound of the music before everything refocuses its way back to the original sound and the movements of the violinist. In this way, the performer and the public interact in a way similar to that of a living musical organism that is constantly in flux.

Next: Habitat
We use cookies on our website to give you the most relevant experience by remembering your preferences and repeat visits. By clicking “Accept All”, you consent to the use of ALL the cookies. However, you may visit "Cookie Settings" to provide a controlled consent.
Cookie SettingsAccept All
Manage consent