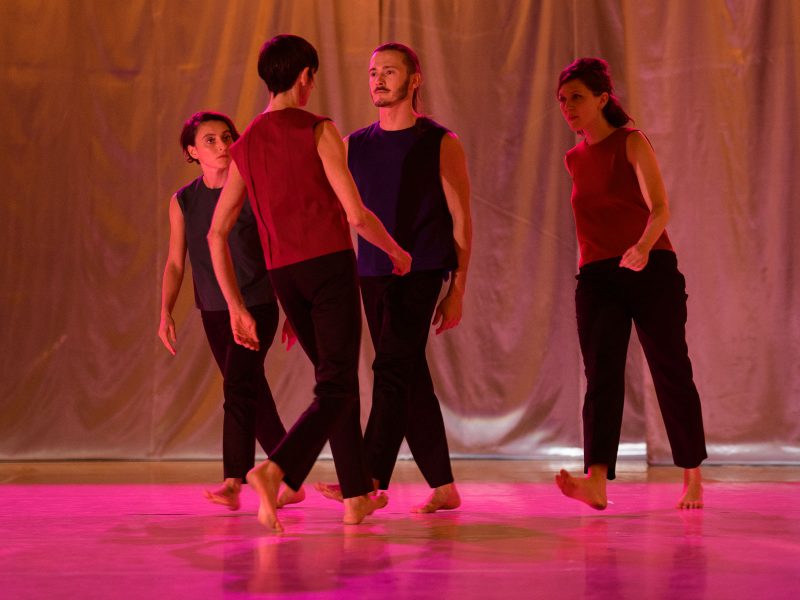 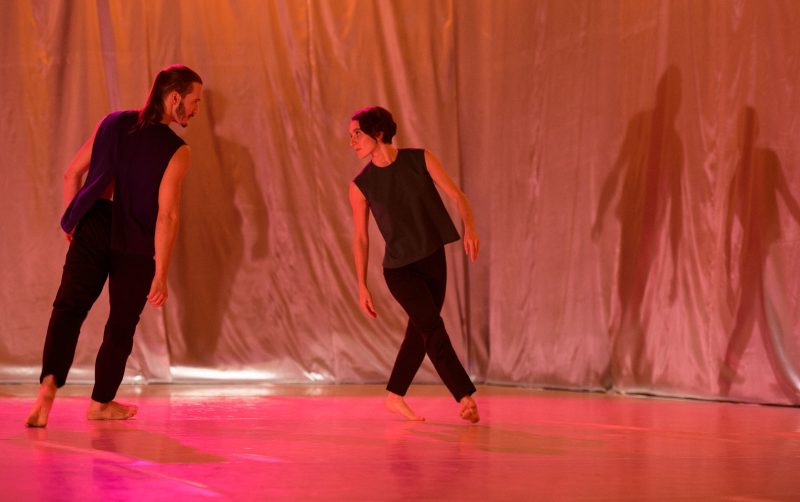 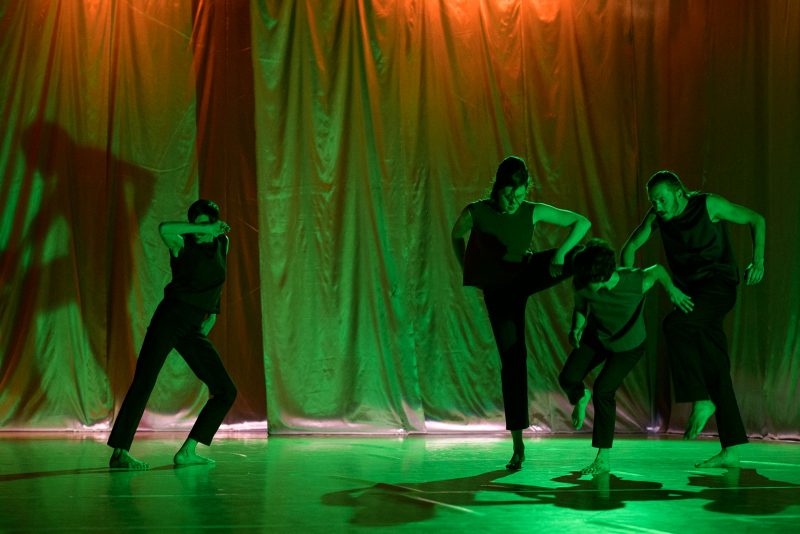 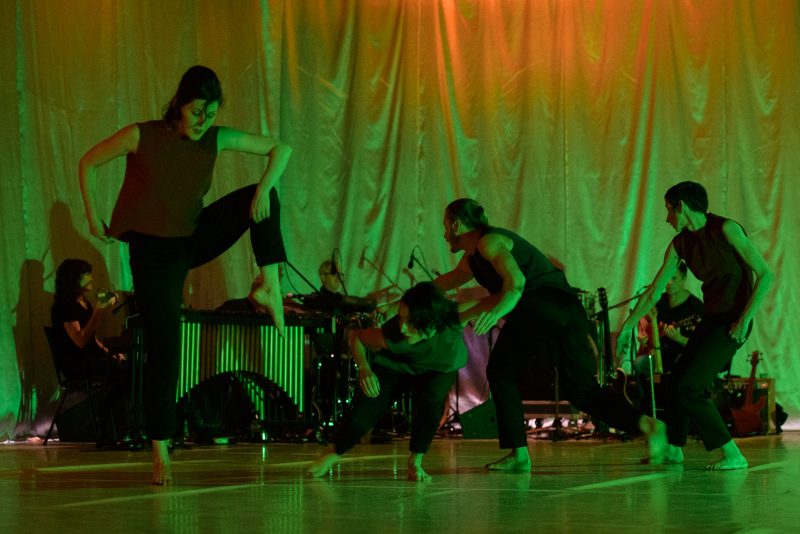 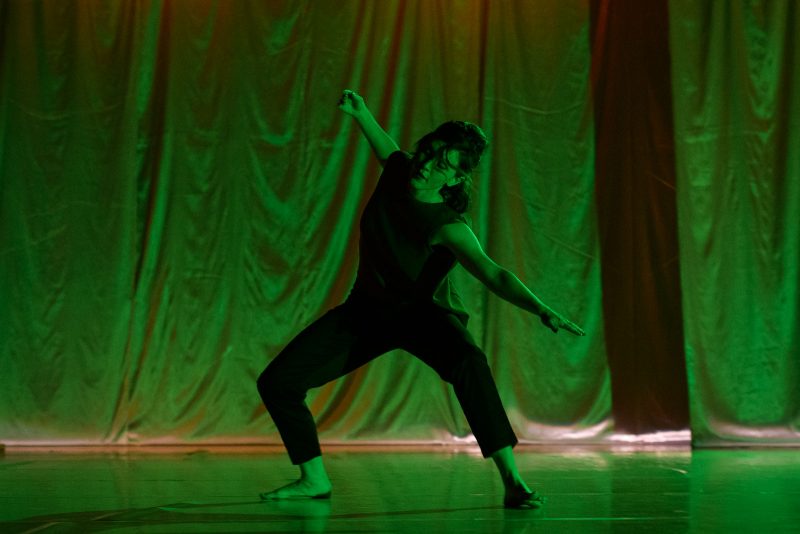 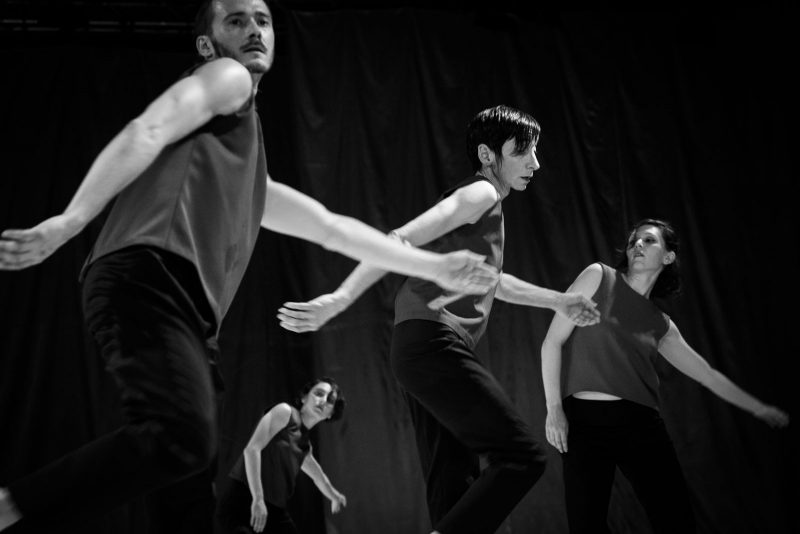 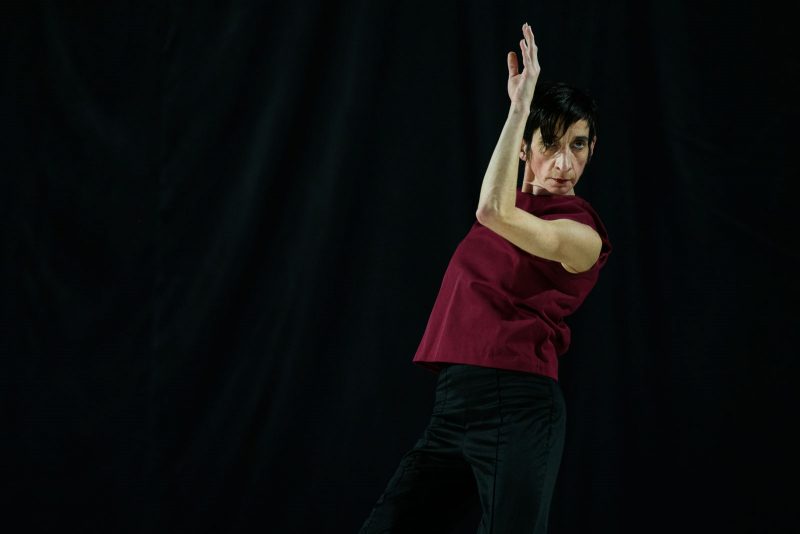 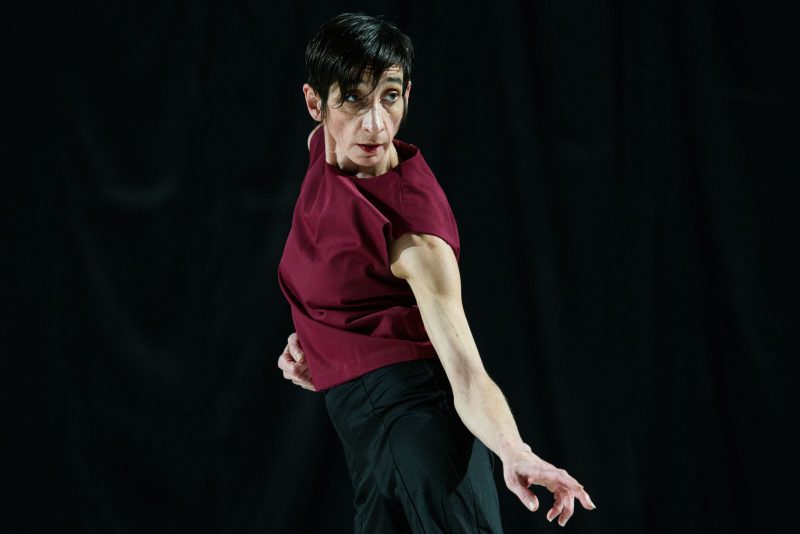 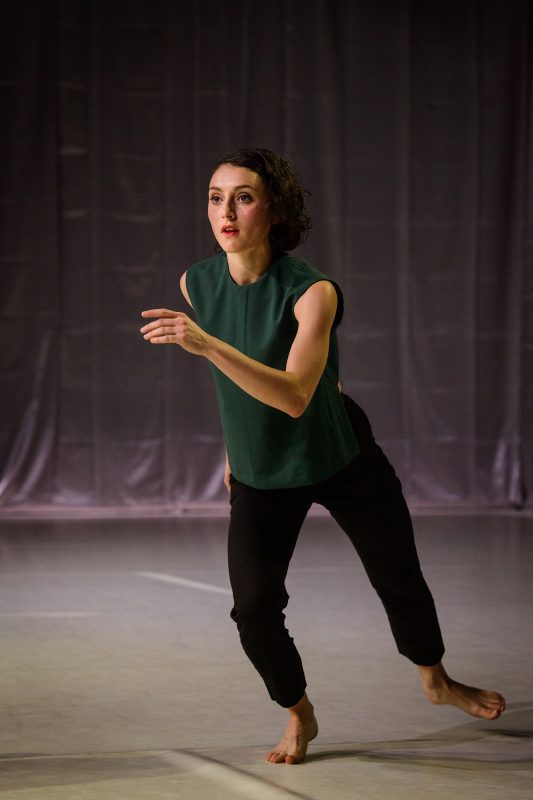 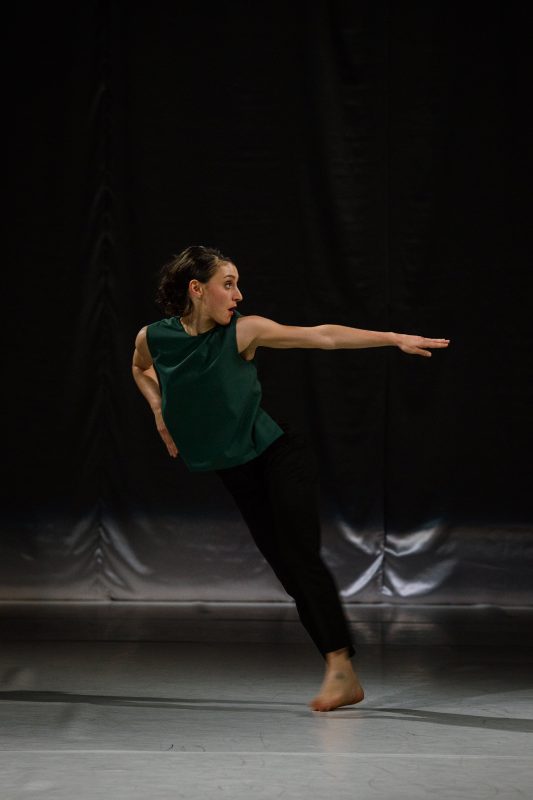 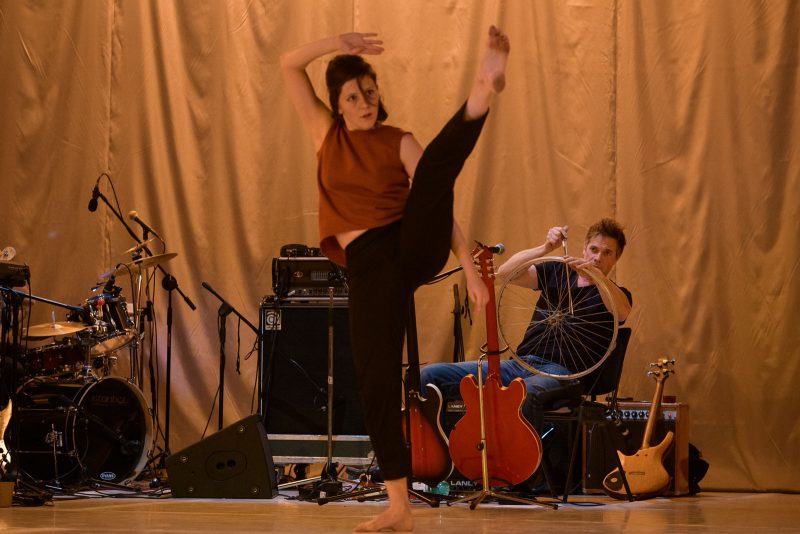 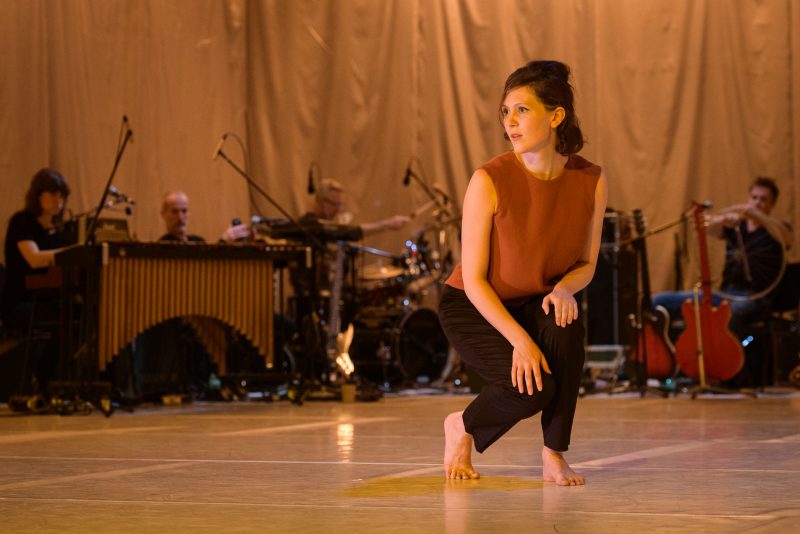 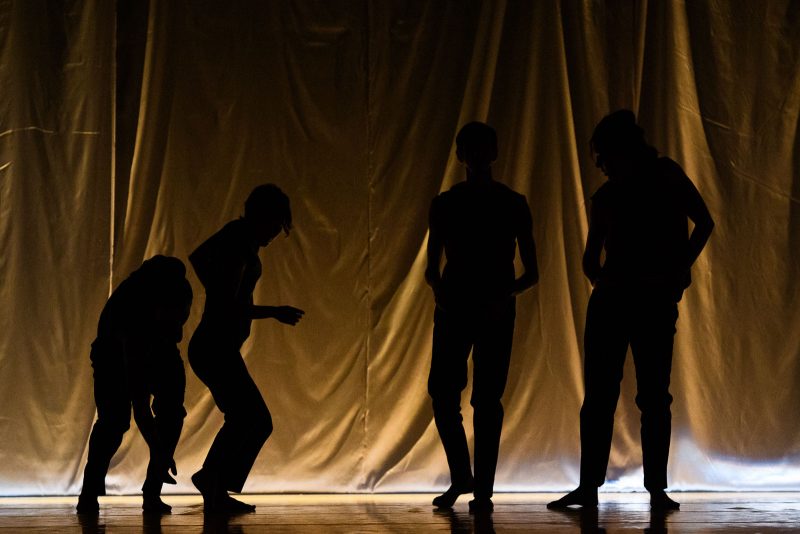 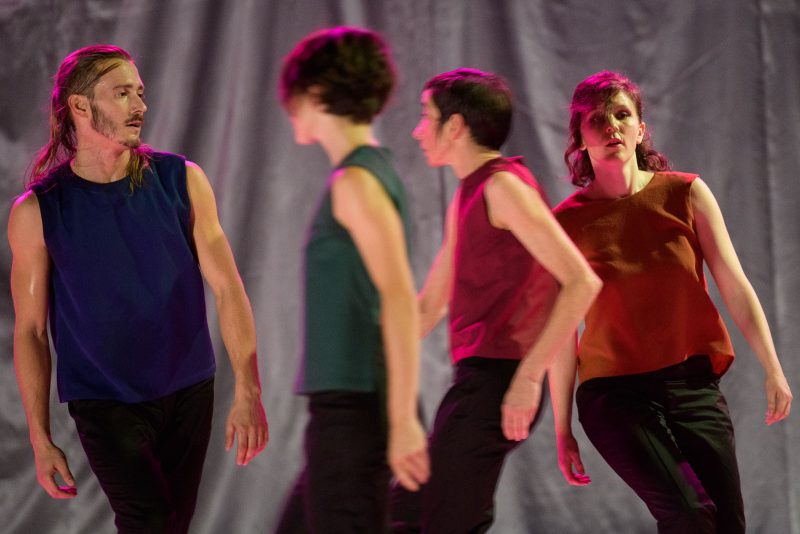 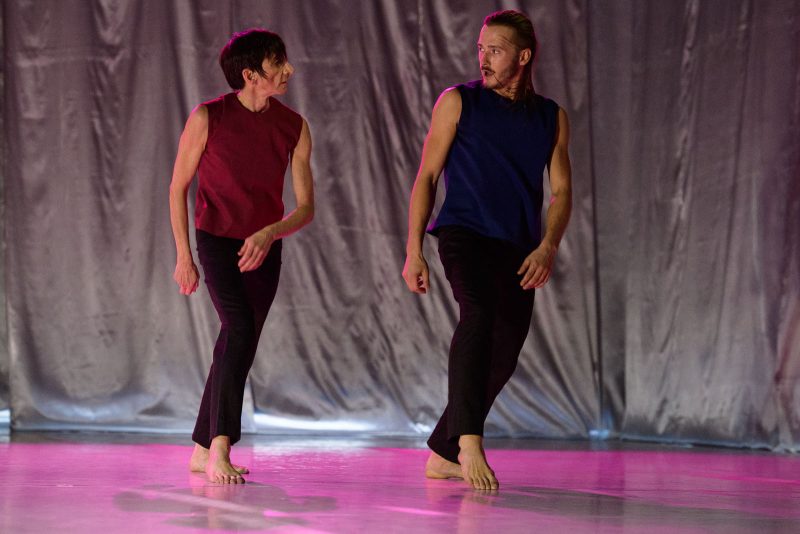 When does a moment begin and when does it end? What is a process and how does it start? Why might a person stay true to certain attitudes and what compels one to get rid of them?

“Ambulo ergo sum” tells of constant movement, the everyday dance of gestures, of motor skills and their unique quirks. Bizarre, funny, familiar and strange situations unfold into, out of and over one another. Characters play with ease; attitudes, relationships and configurations are pushed to the breaking point until they ebb away, only to repeat themselves or transform.

The room, however, remains anonymous, the costumes are reduced: everywhere and nowhere, that game we call life is being played. A game made up of moments, of small and large gestures, of comings, goings and passings.

The titular “Going” is a metaphor for the act of living itself, for the goings-on, the things that happen before our eyes only to irrevocably turn into the past.

Previous: Silent Con­front­ation
Next: Retour
We use cookies on our website to give you the most relevant experience by remembering your preferences and repeat visits. By clicking “Accept All”, you consent to the use of ALL the cookies. However, you may visit "Cookie Settings" to provide a controlled consent.
Cookie SettingsAccept All
Manage consent