The Inter­national Nothing (… and something) 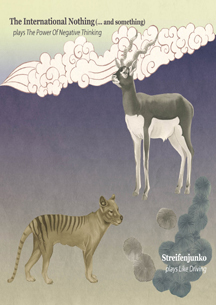 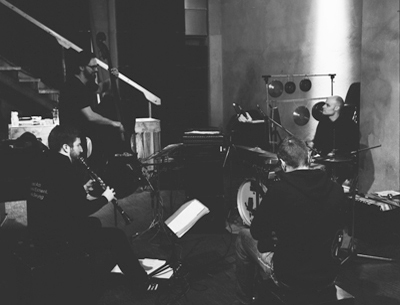 The Inter­national Nothing (… and something)

The International Nothing (… and something)
plays The Power Of Negative Thinking

Streifenjunko
plays Like Driving
Streifenjunko (Oslo) and The International Nothing (Berlin) are wind instrument duos who focus on the blending of their instruments to create multilayered sonic scapes. In the early 2000s both groups started to work on similar matters independently from each other. Through different methods, means and structures the two duos developed a remarkably original language. On this special occasion they share the stage for the first time and present strategies of extending the work of their duos.  After 10 years of selecting and fermenting their acoustic repertoire Streifenjunko decided to throw electronics into the mix. Fagaschinski and Thieke teamed up with a “rhythm section” consisting of Swiss double-bass player Christian Weber and Berlin based drummer Eric Schaefer, forming The International Nothing (…and something). The quartet’s album The Power Of Negative Thinking was released in 2016, Streifenjunko is preparing their new album Like Driving, due to be published later this year on Sofa.