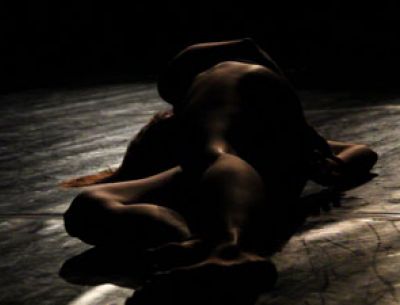 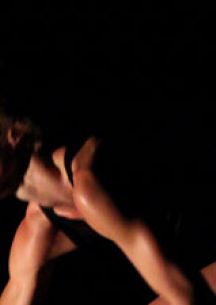 WILD HORSE RUN is a piece about Freedom and Courage.

WILD HORSE RUN invites its audience onto a “tour-de-force”, a journey that is powered by an inner fire, the ability to keep on going, to break through boundaries, a love for freedom. WILD HORSE RUN is an ongoing evolution of cycles that seems to reach a breaking point and then takes its audience further to reach a vulnerable place, “naked”, stripped off any extra layers.

REVIEWS / REACTIONS
The performance WILD HORSE RUN is both, wild & touching in its subtlety. Andrea Hackl’s movements are flowing, soft and, equally, powerful. The music – composed by Ivan Shopov – elevating and rich in its many layers. This second layer of the work supports her intense physicality. Her dance – a ritual. Her story – the journey of a powerful woman.”
– Ines Pariente / TOIHAUS Salzburg

WILD HORSE RUN has been made possible because of the invitation to a residency at DERIDA DANCE CENTER – awarded for BEST RESIDENCY in 2014. – the proposal for this work selected out of 200 applicants – WILD HORSE RUN has been created in collaboration with IVAN SHOPOV [BALKANSKY | COOH] a Bulgarian based musician & visual artist who is performing worldwide & whose music has been released through some of the biggest labels.
WILD HORSE RUN premiered @ BODY_GRAPHICS FESTIVAL [Pernik, Bg], 27 SEPT 2016

Andrea Hackl is based in Austria and the Netherlands. She works as choreographer, dancer and teacher as well as video artist. Her work cherishes the power and poetry of dance, its physicality & is, most of all, a celebration of life. She has danced with companies & choreographers like Emanuel Gat Dance, United- C, Cascade Dance Theater, Suzy Blok & Fabian Chyle and toured major venues and festivals world-wide. Currently she’s touring with a production by Jasper van Luijk @ KORZO Productions (The Hague / Nl) and performing her own work WILD HORSE RUN. She has tought at various festivals and studios across Europe, US and Asia.

As Choreographer and dancer, she’s inspired by cross-pollination & interdisciplinary work, by seeing how different fields can nourish and enrich one another. Her understanding of dance & movement got formed, enriched and deepened by conventional techniques as much as somatic and sensorial work. Andrea cherishes improvisation with musicians and has produced work in collaboration with scientists, mostly addressing the subject of human-nature relationships. Over the last years Andrea Hackl has produced various performances as well as films, presented in Europe, US and Asia and has been exploring the medium of installation and hybrid installation performances. www.andreahackl.com

Ivan Shopov is a Bulgarian based music producer and visual artist (also known as Cooh / Balkansky). He has performed his music and exhibited his art throughout Europe, South America, Asia and Australia. Releasing his many projects for some of the biggest labels in the world, his music has reached all corners of the world. He is also emerging lector on creating electronic music, which found him a place in the music software company Ableton. Ivan has composed the music for many dance productions (e.g.: Derida Dance Company, Bg.) He runs his own label: http://abcd.ivanshopov.com
FB PAGE: https://www.facebook.com/abcd.ivanshopov/?fref=ts, www.ivanshopov.com